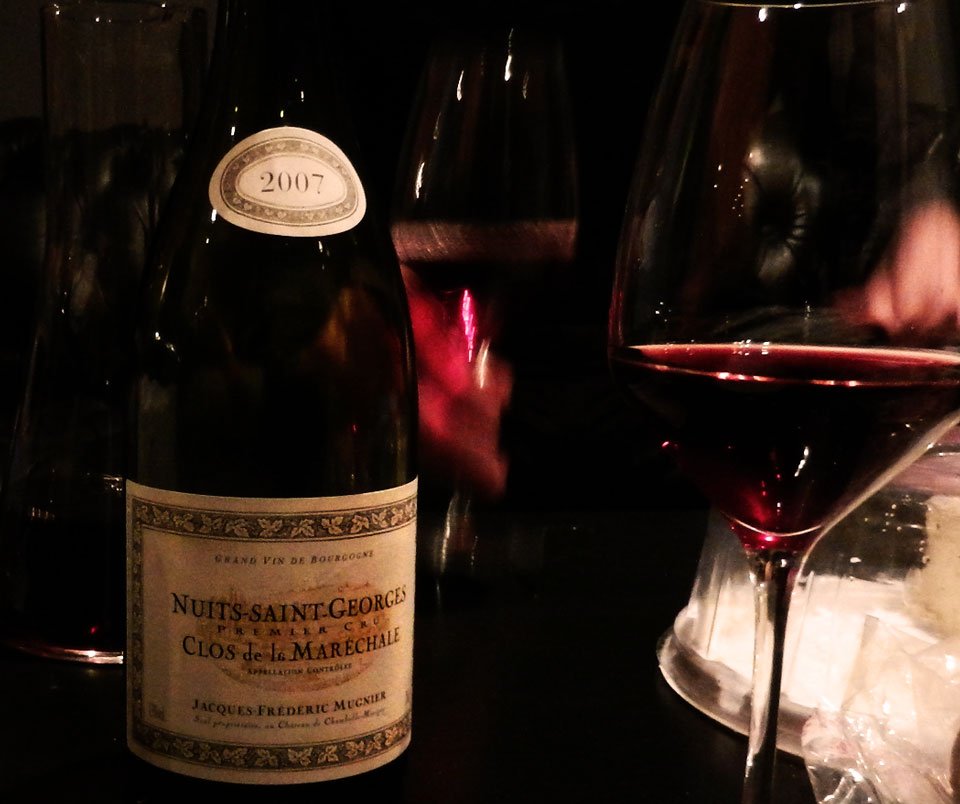 Aurelien is a chef/owner of a Bordelais restaurant. Like all French chefs, he never sleeps.

He phones me at 10pm on Saturday night and tells me to meet him at his favorite wine bar at midnight, after his restaurant is closed and cleaned.  One would think he’d go directly home, shower and fall dead asleep.  But sleep is an indulgence of humans.

Aurelien is not human.

I make my way through the humid night, through the glittering clutches of femmes Bordelaise, dressed to be seen and tipsy in their high heels.  I arrive and kiss Aurelien who introduces me to the proprietor of the wine bar, Alex. I kiss him, too, but he looks uncertain, nervous, like I am the first woman he’s ever met in his life. Alex closes up shop, and while he’s busy rolling down the metal shutters, Aurelien tilts his head toward him and raises his eyebrows suggestively. “How about him?” He’s trying to set me up.

The shop is closed and all the seriousness goes out of Alex, he and Aurelien become giddy and silly, like two boys. Alex brings out the wine as though he’s raiding his parents’ wine cellar.  We retire to the leather sofas and pour.  Tasting wine is serious business, and everyone falls silent.

Aurelien is bursting with energy, as usual. Earlier this morning at his restaurant, where I had arrived to watch him prep his lamb, he had already had 7 espressos by 10am.  I can only imagine what his daily coffee intake is.  He is up and behind the counter in two bounds and raiding the fridge for bread, cheese, charcuterie and chocolate.  It’s nearly 1am and this fridge raid is his dinner.

As we’re stuffing ourselves with Spanish salami and all manner of cheeses, telling barbarous stories of things that happened the night before in a taxi, Aurelien’s eyes suddenly get big and his mouth gapes open.

“Merde! Merrrd-de!” He leaps back behind the counter and, still cursing, frantically takes his napsack apart. Alex and I look at each other, as if the other might have the answer to this sudden outburst.  But neither of us knows what is going on, and Alex looks more amused than concerned.

Aurelien returns, wearing an enigmatic expression—is it contentment, superiority?  He’s clutching a plastic baggie, holding it gingerly and close to his chest, as though it contained a live baby bird.  But it’s just a plastic baggie, with something inside wrapped in wax paper.  So this is when the drugs come out?

He very carefully, reverently, opens the baggie and unwraps the wax paper.  He hands it to me and says, smell it.  I look in the bag at some very dried creamy lumps and, trusting his enthusiasm, I stick my face in the bag and inhale.

He has just remembered them, and more importantly, that he has forgotten to put them in the fridge.  Costlier than drugs, he says.  He takes a knife out of his pocket and shaves off a piece into my palm.  We’re all quiet again, eating our white truffle shavings.

I ask Alex what he thinks about organic wine.  His hands shoot up to either side of his head, and he looks up at the ceiling in exasperation.  He looks like he’s trying to hold his brain in, like it might explode out of his temples at any moment.

The French are expressive.  The Basque, even more so.  You can ask them a fairly simple question and expect that they will look variously pained, exasperated, or profoundly puzzled.  “The Parisiens loooove it, they are so crazy about it, the Bobos.”  Bobo is a term that means bourgeois bohemian.  A Bobo is something like a yuppie.

Fabulous: So you think it is just a fad?

“Oh yes, a fad. Though I do agree with the principles, to respect the land.  Before anything, a winemaker is a farmer.  Wine is made in the field.”  He’s calmed down now, riffling through the basket of chocolates.  The threat of aneurysm has passed.

It’s 2:30am now, and we pack our plates and food back to the kitchen.  Alex bursts in on us and says, “Allez!  Vite!”  He’s set the alarm without telling us, and we have only seconds to clear out.  We run out the back door and into the street, with the ebullience of children, running from the scene of some potentially dangerous prank.   In the early morning air, we kiss, reluctant to part.  I am sleeping until noon, I vow.  Aurelien says he has a full house for Sunday lunch, and he’ll be in his kitchen in a few hours.